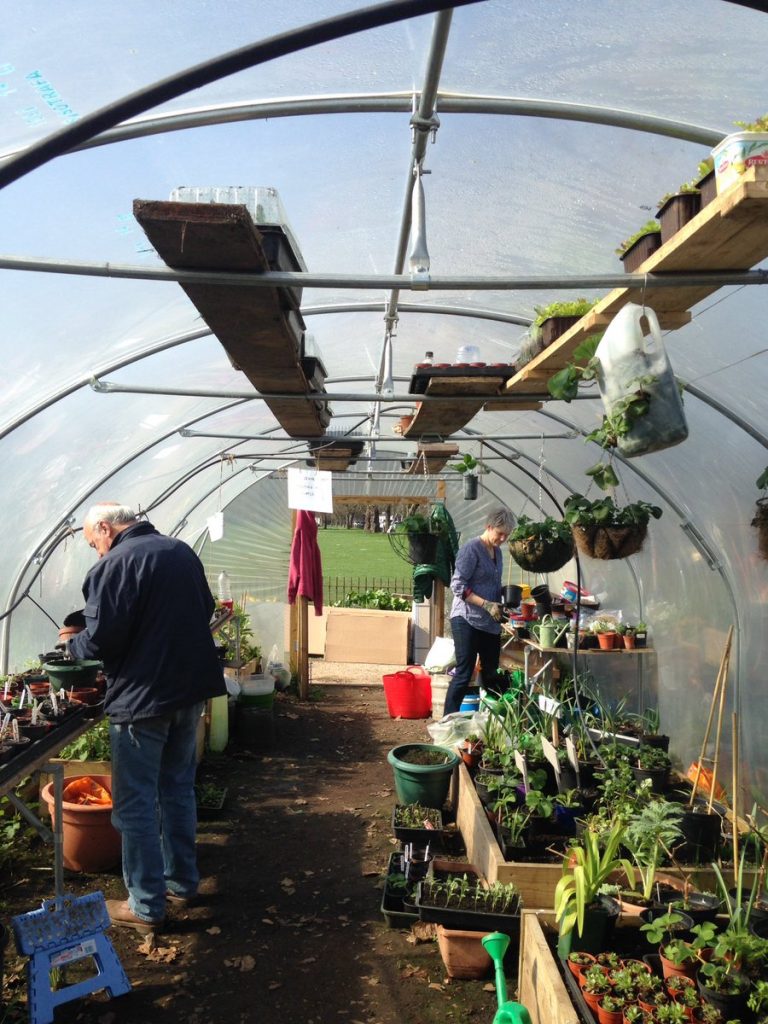 April has seen so much happening at Bandstand Beds. It has seen some really hot days and some very chilly ones. Throughout it all we have had busy Saturdays and started Wednesday evening sessions. Education this month from a workshop run by Ruth Arnott planting potatoes on a sunny day. 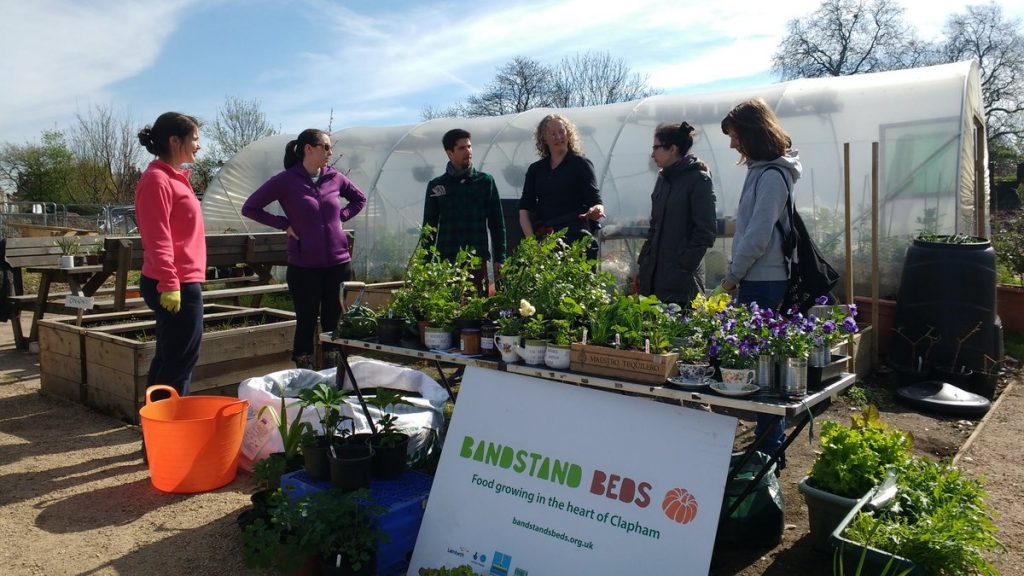 And earthing them up in their bags a few weeks later once they’ve grown a little. 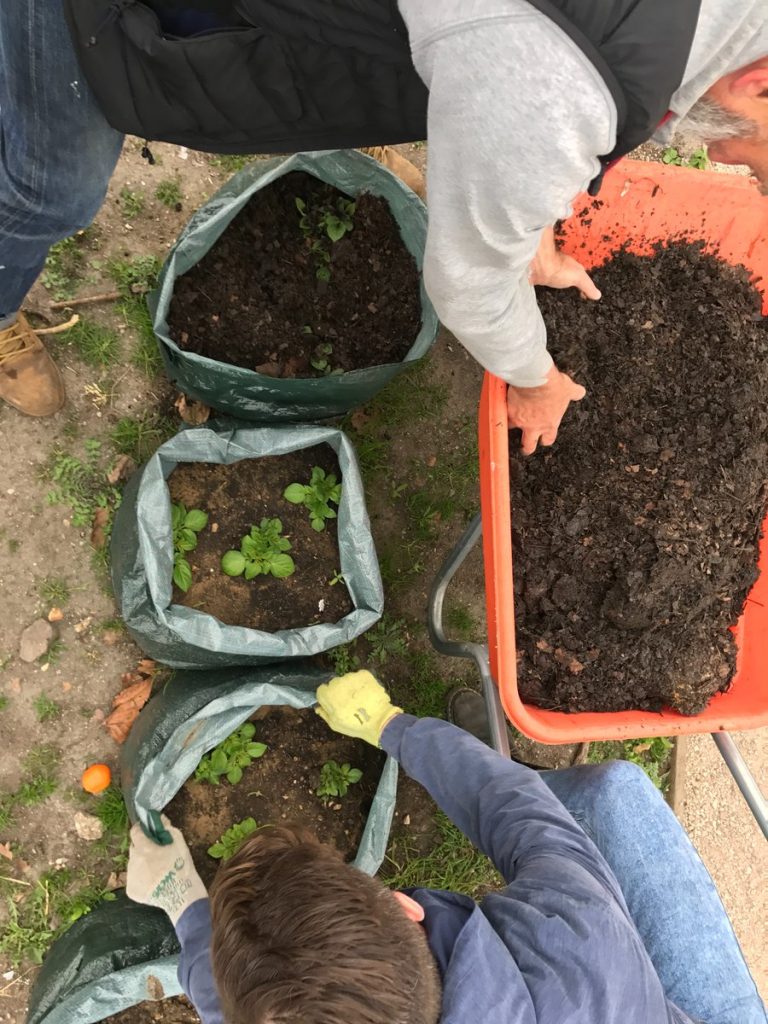 We had terrific help from GoodGym Lambeth this month who have now spent two sessions with us clearing ground, moving rubbish, fillings beds. So enthusiastic and helpful. Hope to see them again in May! 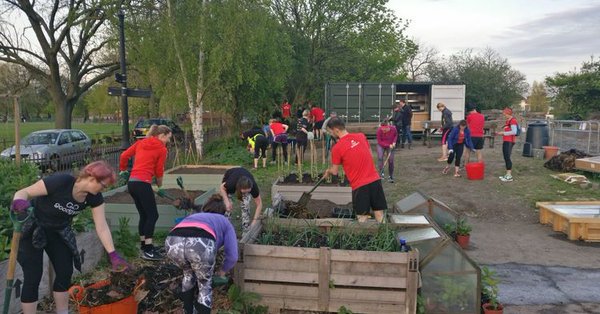 Our thrifty ways continue with making use of recycled products. More raised beds from boxes donated by Martinspeed Recycling and one turned into a coldframe using salvaged spare glass. Really useful to harden off plants grown in the polytunnel where every inch is in use at present. 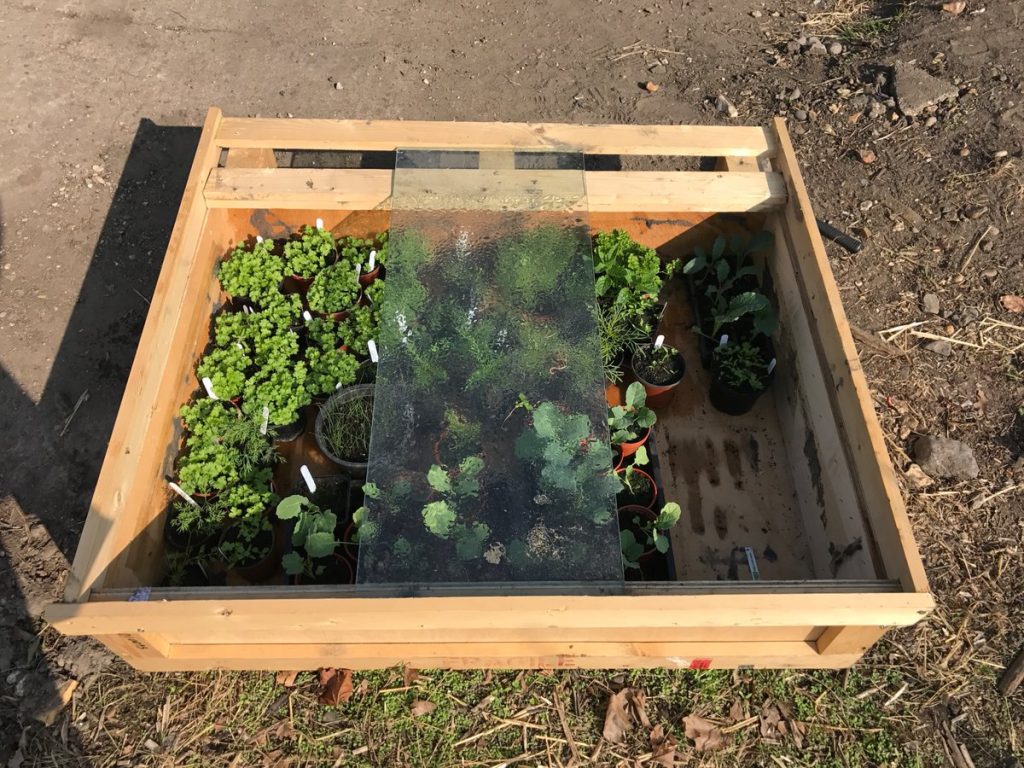 And yet more thrift – waste tyres salvaged from a local garage by Wayne will be used for climbing squash and beans this year – will look fantastic. 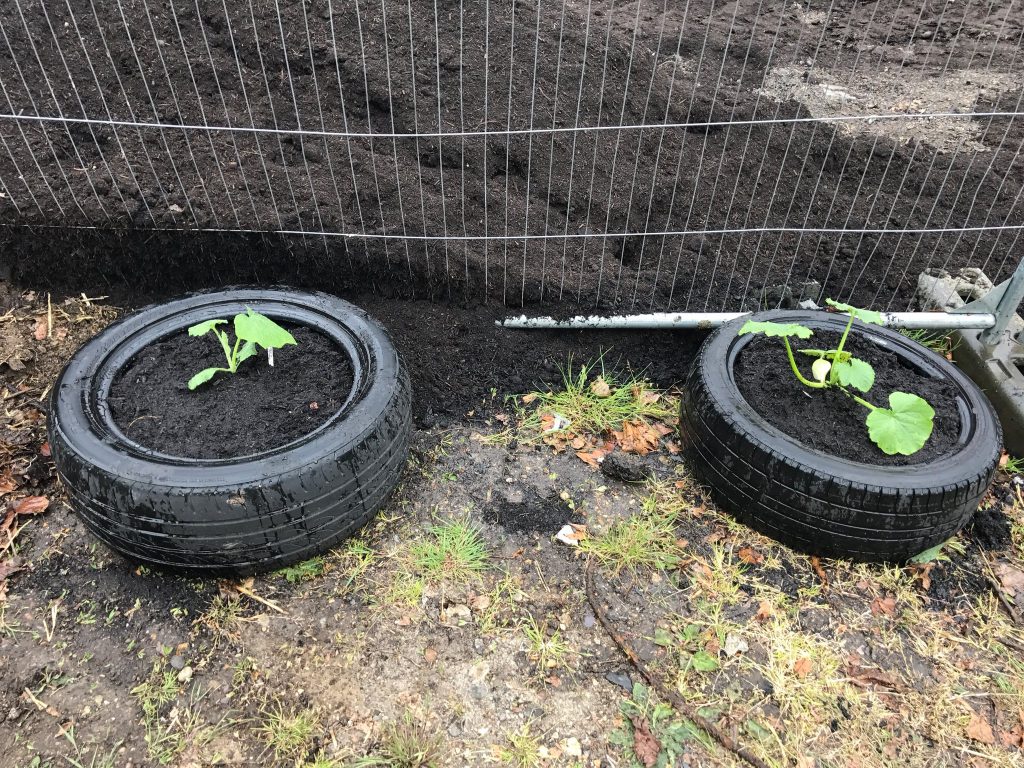 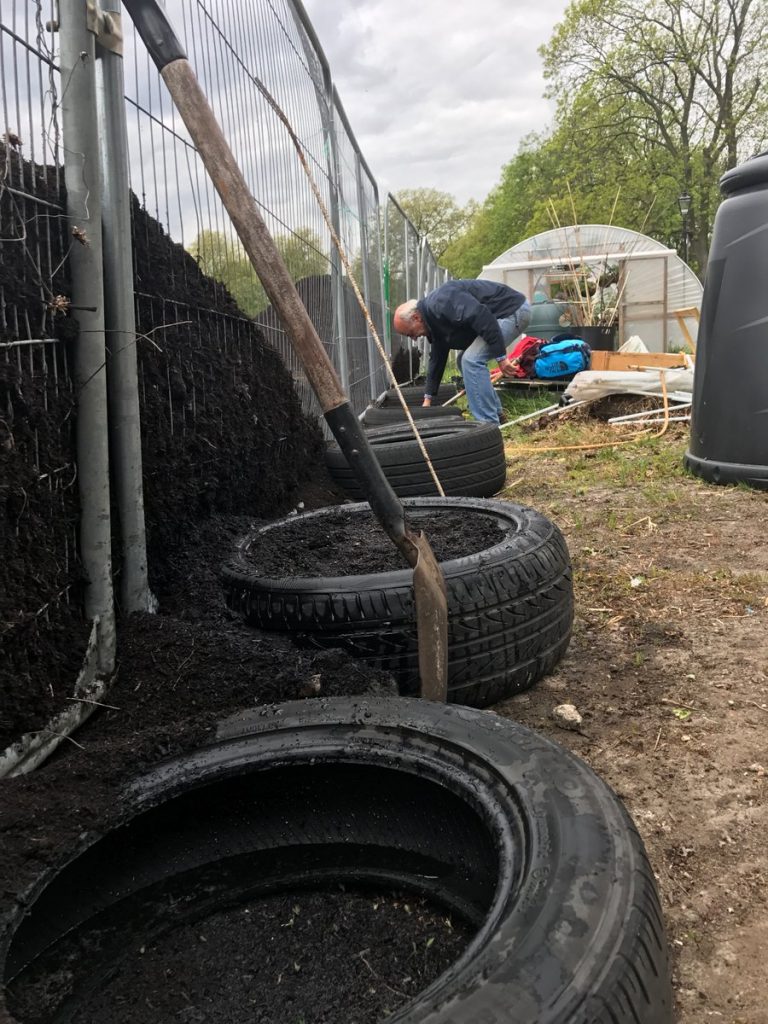 What a great idea David!

Anne-Marie has become our sales lady extraordinaire – such an elegant display of our vegetables and plants. This really helps us to make friends of passers by even on a grey cold day! 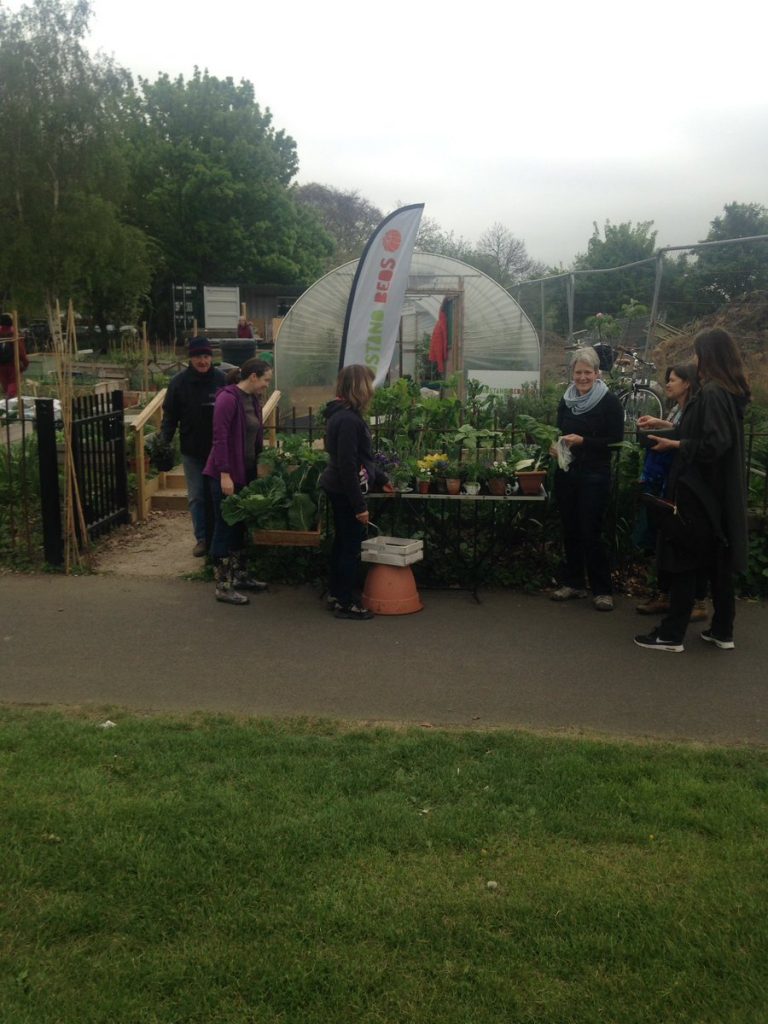 The other main development this month has been the kitchen inside our new shipping container. Major thanks to Conor, Will – and other family members including Paddy the dog – Doug and Tom for the many hours they have spent organising and putting the kitchen together. 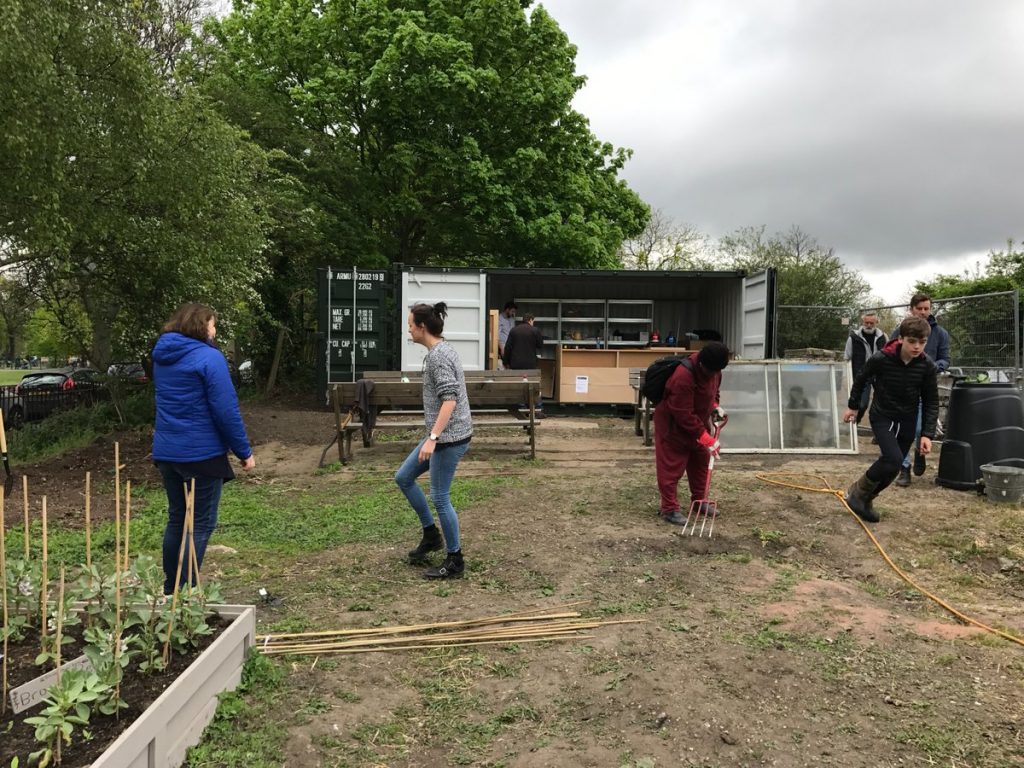 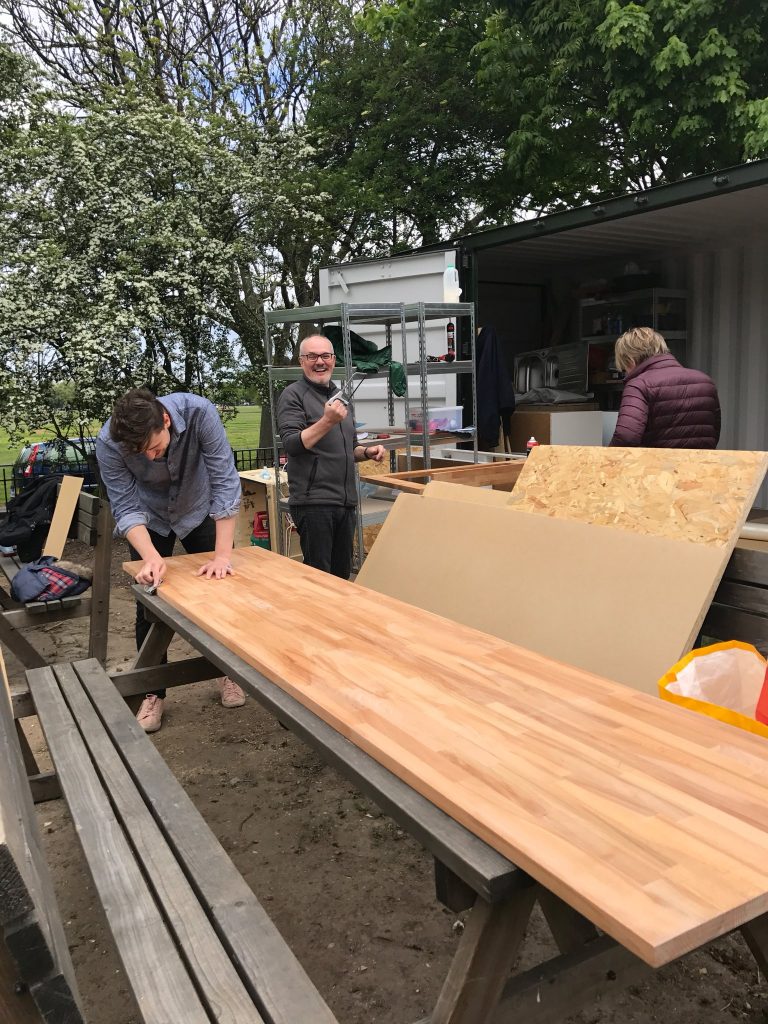 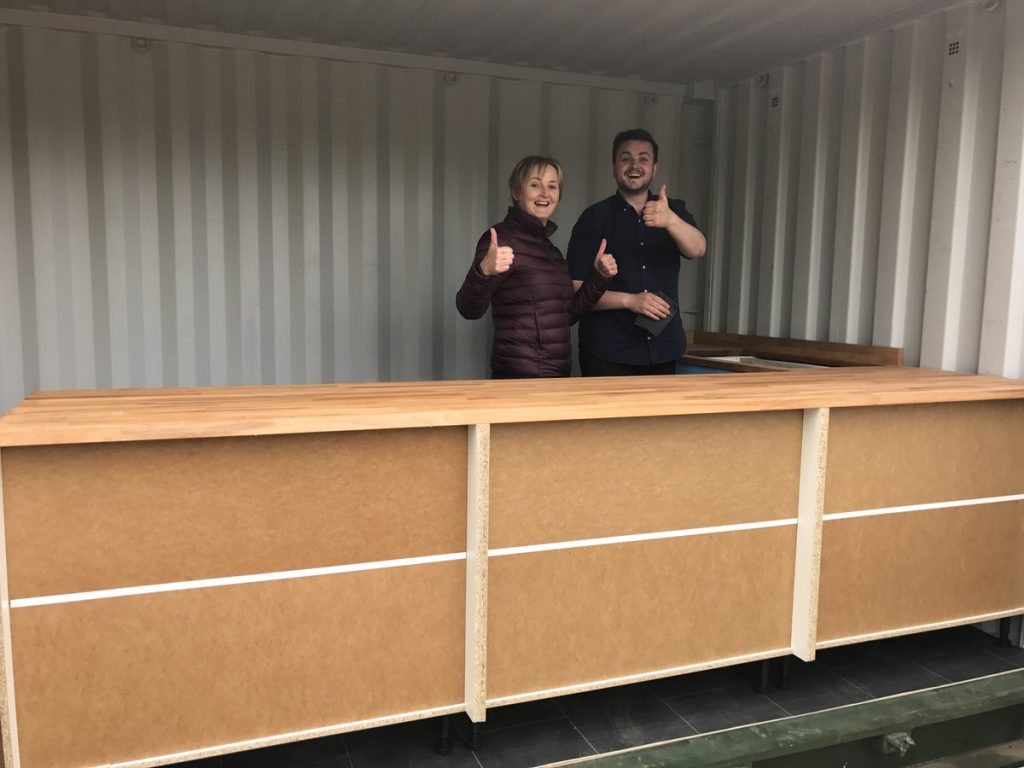 Not quite in use for our first pop up picnic last Saturday but it won’t be long. It had been a really busy day, including building another high sided raised bed thanks to Tesco Bags of Help, beside our accessible pathway. 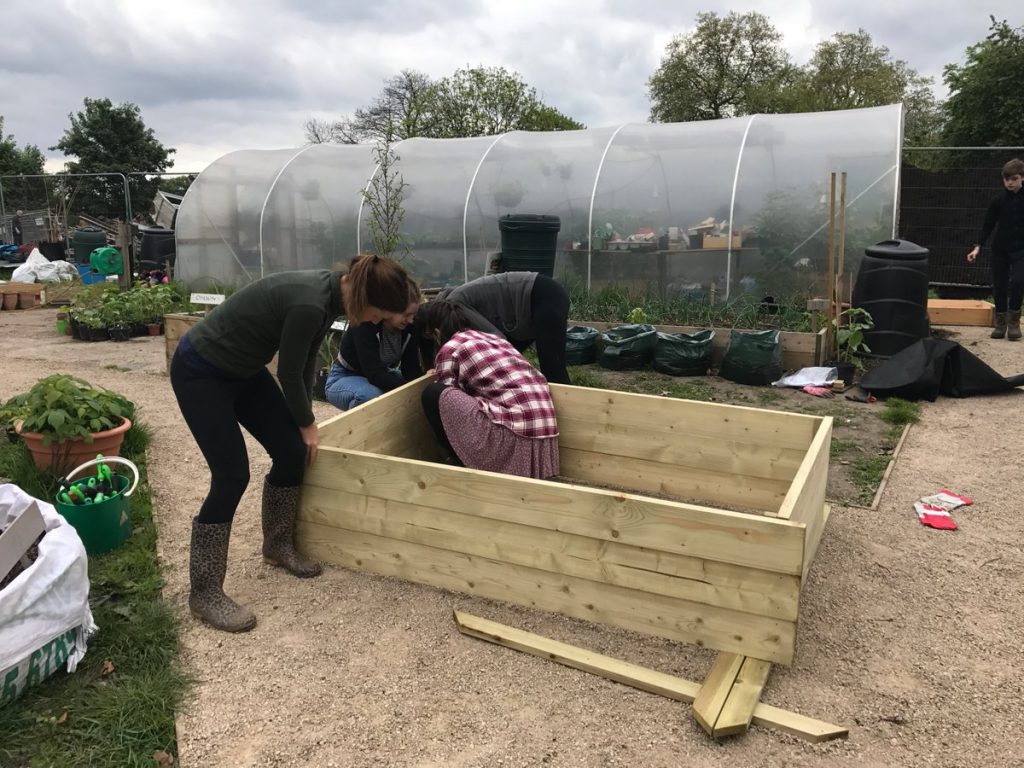 Meet the ladies that build! 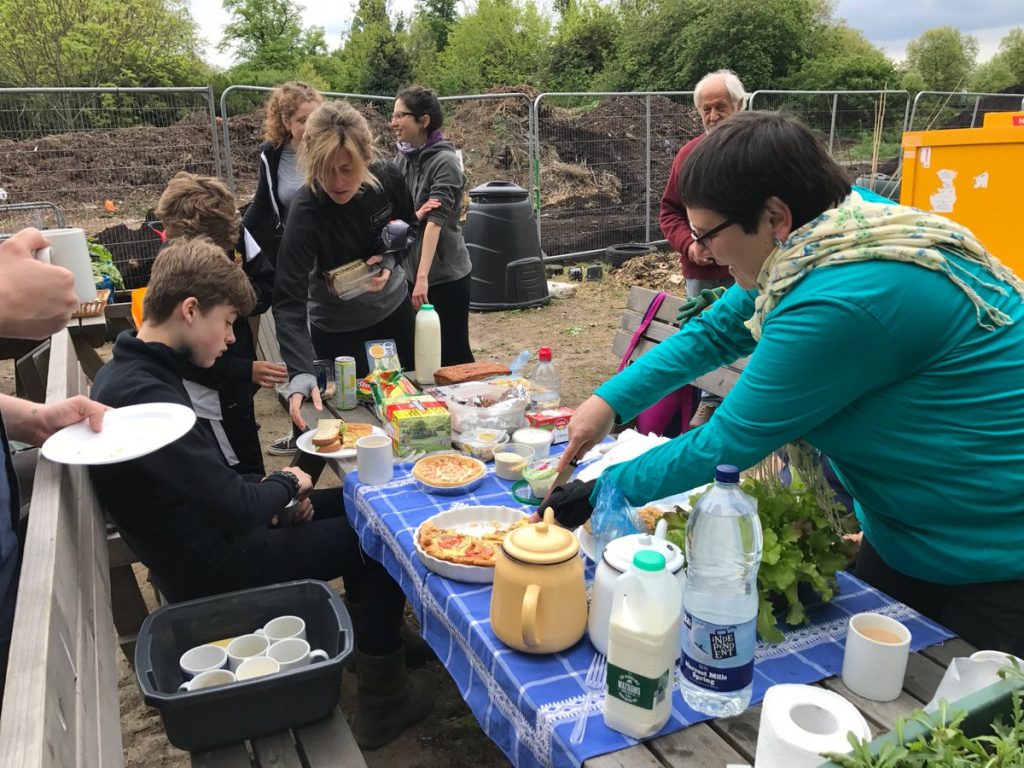 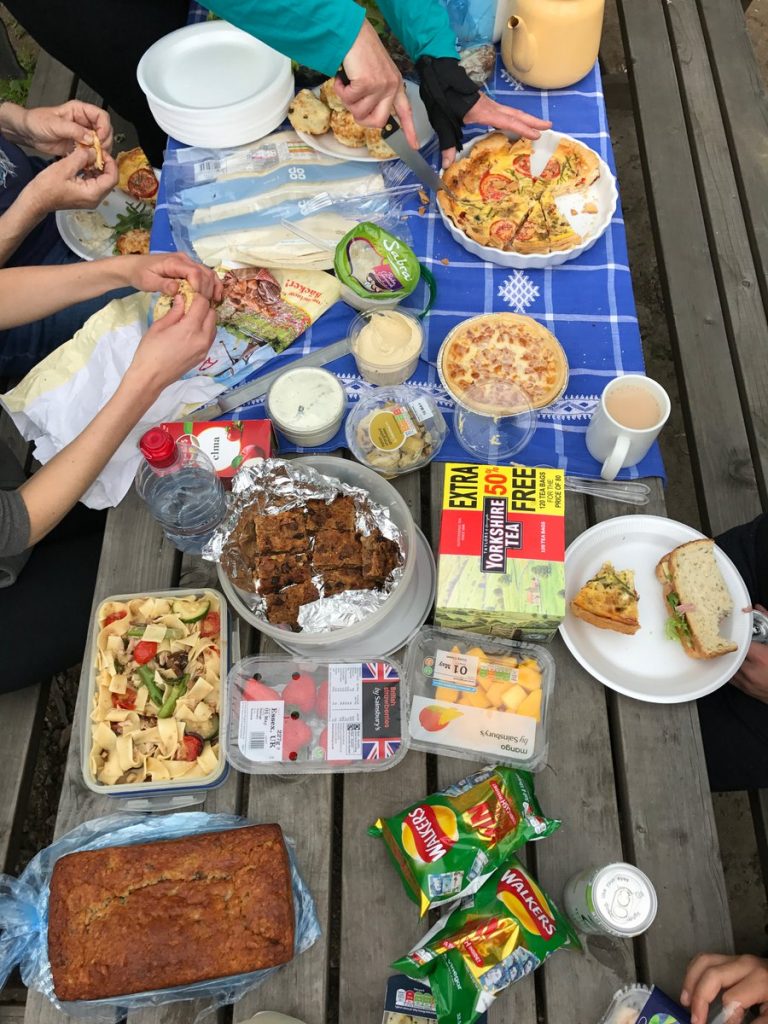 So we stopped for lunch with mugs of tea. Anne Marie’s feta and leek muffins were declared the star of our pop up picnic (see recipe below), which also included home made quiche, banana bread and bread pudding with pick your own lettuce and rocket on the table! Many thanks to all for their hard work today.

Feta and Leek Muffins (with fresh dill), from Reta Salaman’s The Greek Cook

Melt the butter with the oil in a large pan over a low heat. Add the onion and leek and cook, stirring occasionally, until very soft, about 15 minutes. Let cool slightly. Beat the eggs and yoghurt together. Stir in the leek mixture, dill, feta and all but 2 tbsp of the grated cheese. Then fold in the flour and soda until evenly combined. Add pepper to taste. Spoon the mixture into the muffin moulds and level the surface. Sprinkle evenly with the remaining cheese and bake until golden and just set. About 20-25 minutes. Transfer to a wire rack and let cool slightly before unmoulding.