Our first beds were installed beside the cafe near the Bandstand (hence our organisation’s name) by Victor Chin-Kit, Parks Manager for the Common, as he wanted to encourage some vegetable growing in Clapham. 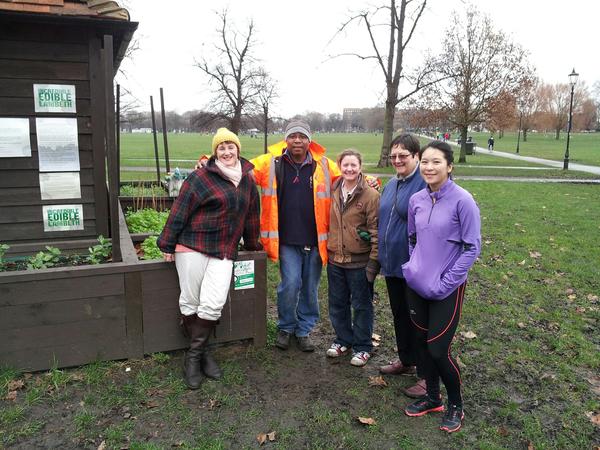 Victor with the original BBA team

The following year (2013), Fiona Law, Diana Linskey and a few other a gardening enthusiasts interested in sustainability and food growing set up Bandstand Beds Association (BBA). Their aim was to provide an opportunity for people in the local community to discover the joys and benefits of growing their own food, particularly those with no outside space at home.

Keen to support food growing on Clapham Common the London Borough of Lambeth (LBL) gave BBA an opportunity to take on some unloved and neglected space in front of the toilet block, opposite the children’s playground on Windmill Drive. 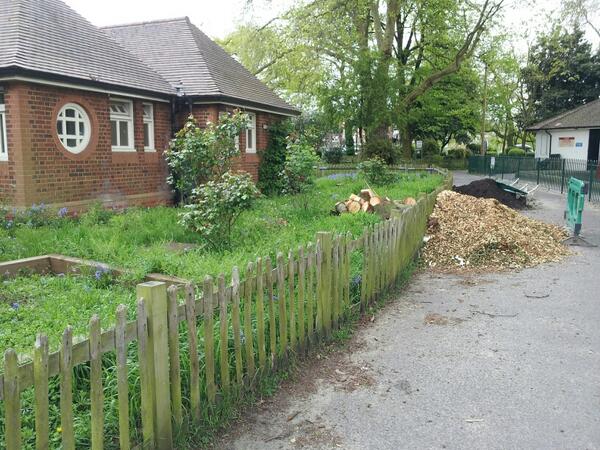 Now with two gardening areas on the Common, during the summer of 2013 Fiona and Diana, along with friends from Incredible Edible Lambeth and South London Master Gardeners, ran a Chelsea Fringe project: The Squash & Bean Swap. They held seed and plant exchange events and picnics on the Common, and grew a wide variety of pumpkins, squash and legumes in the two growing spaces. 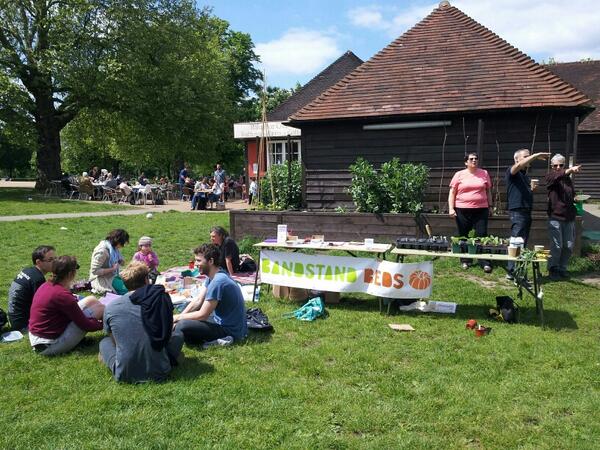 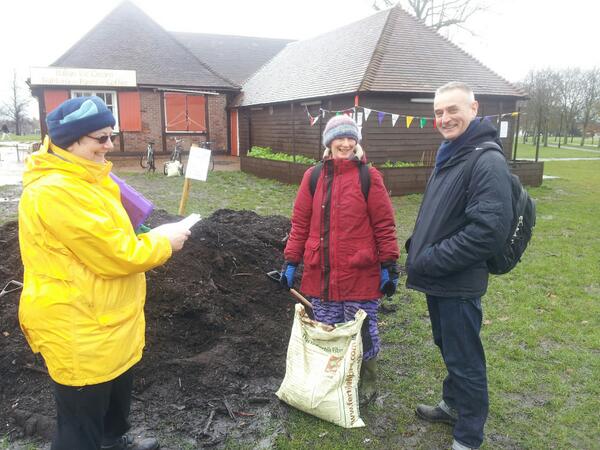 Fiona decided to stand down from BBA in 2014 and David Dandridge was elected Chair at the February AGM.

Most of the other large green spaces in Lambeth already had community gardening hubs in one form or another – Brockwell Community Greenhouses, Myatts Fields Park, and Streatham Common Rookery. Clapham had no obvious place for such community growing but it did have keen gardeners wanting to have a go and change this, and David and Diana were keen to see Bandstand Beds grow.

In the spring of 2014, permanent crops of blackcurrants, gooseberries, and rhubarb were planted at the beds opposite the playground (now called our Fruit Beds) and our flourishing growing spaces began to attract more BBA members.

Once again, keen to support our group’s enthusiasm, Lambeth came up with an offer for a new area for food growing. We were invited to transform part of the Common’s greenwaste site, know locally as ‘the dump’ 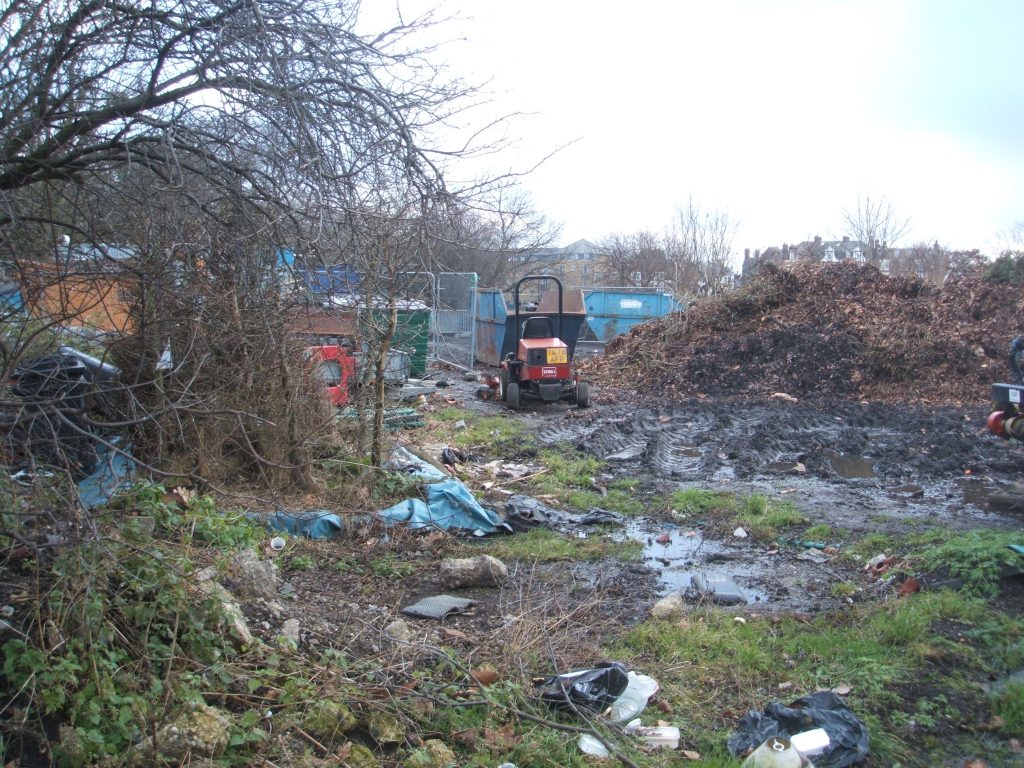 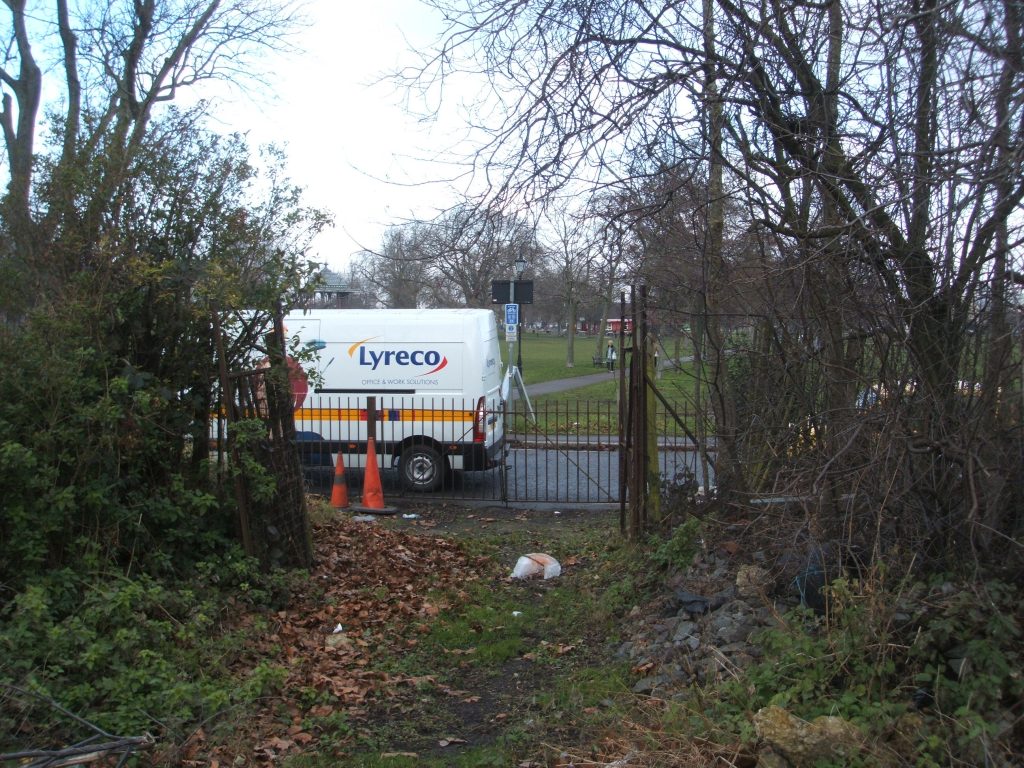 At the start of 2015, we worked with LBL to bring part of ‘the dump’ back into community use. With in-kind support from LBL, help from Clapham Common Management Advisory Committee (CCMAC) to secure money from the levy placed on the Common’s events to connect a water supply, plus grant funding from Awards for All, Love Your Roots, and Capital Clean Up we were able to install a polytunnel and raised beds to create a food-growing corner on the former piece of waste land.

In October 2015, we held our annual feast and opening of our new community garden on Windmill Drive, Clapham Common.

The new community garden attracted a great deal of interest from local residents keen to get involved in local food growing. When we began work to reclaim part of ‘the dump’ we had just 10 members and at the end of our first proper growing season a year later, in 2016, this had risen to more than 80.

With help from CCMAC we secured some funding from the event’s levy to install pathways and we thought our community garden was complete, but then Lambeth Council had a suggestion. Acknowledging the success of our food growing project, they asked if we would like to extend the garden. What could we say? 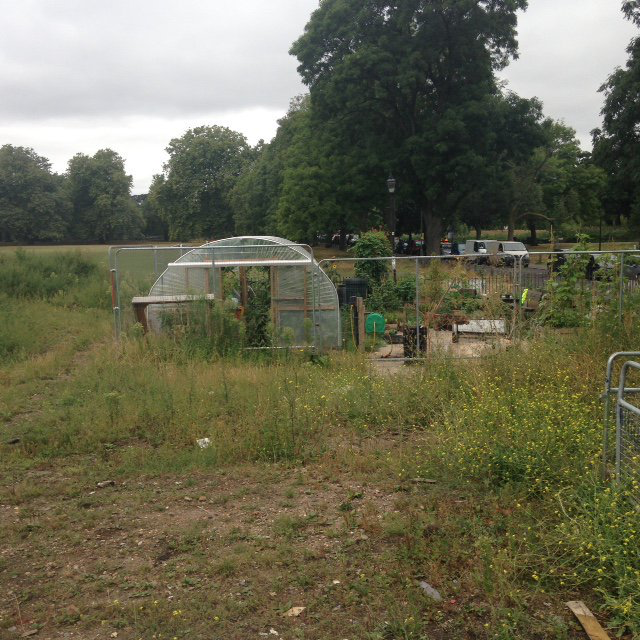 Once Lambeth Council had levelled the ground, the first thing to be placed on the extended garden was a new shipping container funded by This is Clapham. This has been converted into an onsite kitchen facility which is used to prepare food for our picnics and cook-ups.

With funding from Tesco Bags of Help we have been able to buy raised beds and other essential equipment. And throughout the summer of 2017 we ran a Spacehive crowdfunding campaign to raise over £5000 to install pathways in the new part of the garden, making our growing space accessible to everyone.

But with so many visitors to the garden, we soon realised there was still an essential item missing. So in 2019 we installed even more pathway and a disabled composting toilet, made possible with a grant from the National Lottery Community Fund. 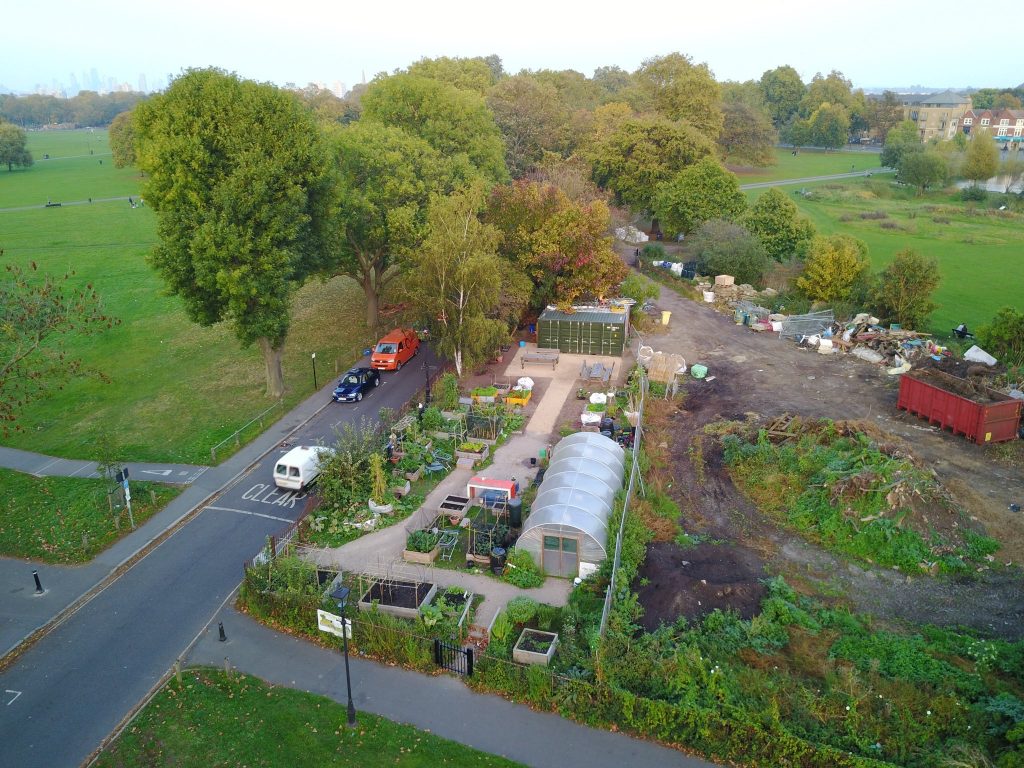 Aerial view of our community garden taken in 2017

In 2021 BBA became a registered charity, number 1193238. It was also the year we realised a long-held aim, to build composting bays to recycle all of our green waste (read more here). 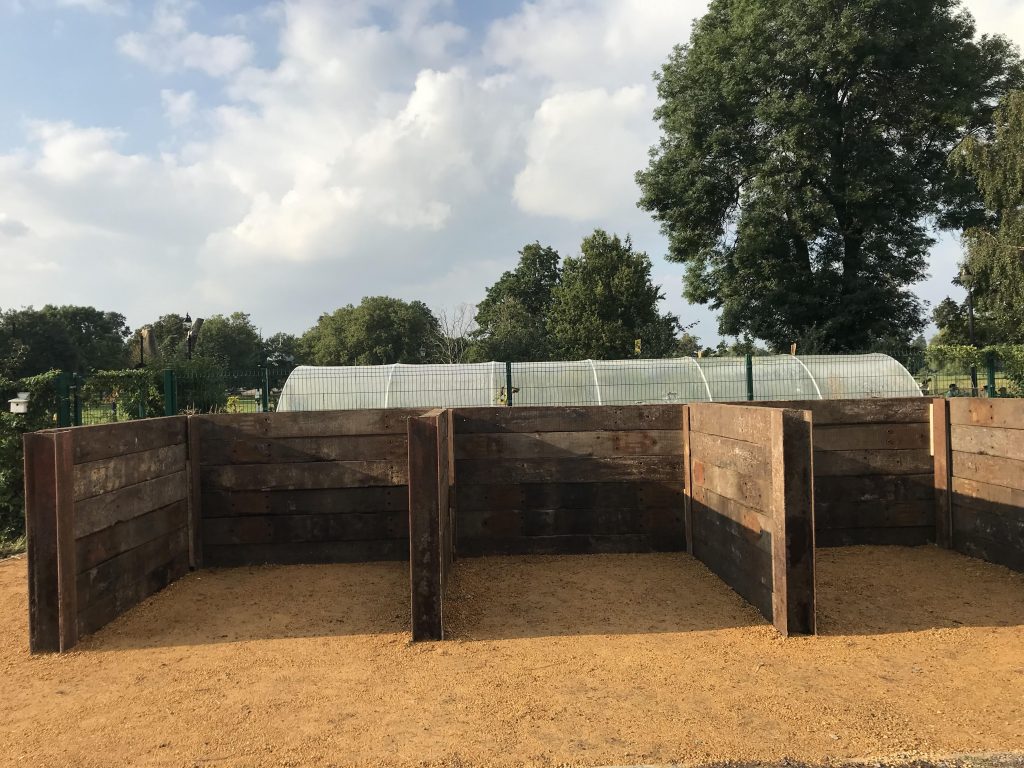 Our volunteer-led organisation has achieved huge amount since its humble beginnings at the Bandstand. Now want these activities to continue and grow so that people local to the Common can have access to gardening, learn about horticulture and share their own experiences and knowledge.