The last time we held a tree planting event it was so cold that by the end of the morning we were all huddled in the poltytunnel, teeth chattering and clutching mugs of soup to warm our hands. But not this time. After a crisp start, we had a beautiful sunny autumn day.

Lots of volunteers joined us at our community garden to plant hedgerow around the green site, which included hazel, hawthorn, yew, holly, field maple and crab apple. Iain Boulton was on hand to to help out with the planting and to show people exactly where the trees were to go around the green waste site. 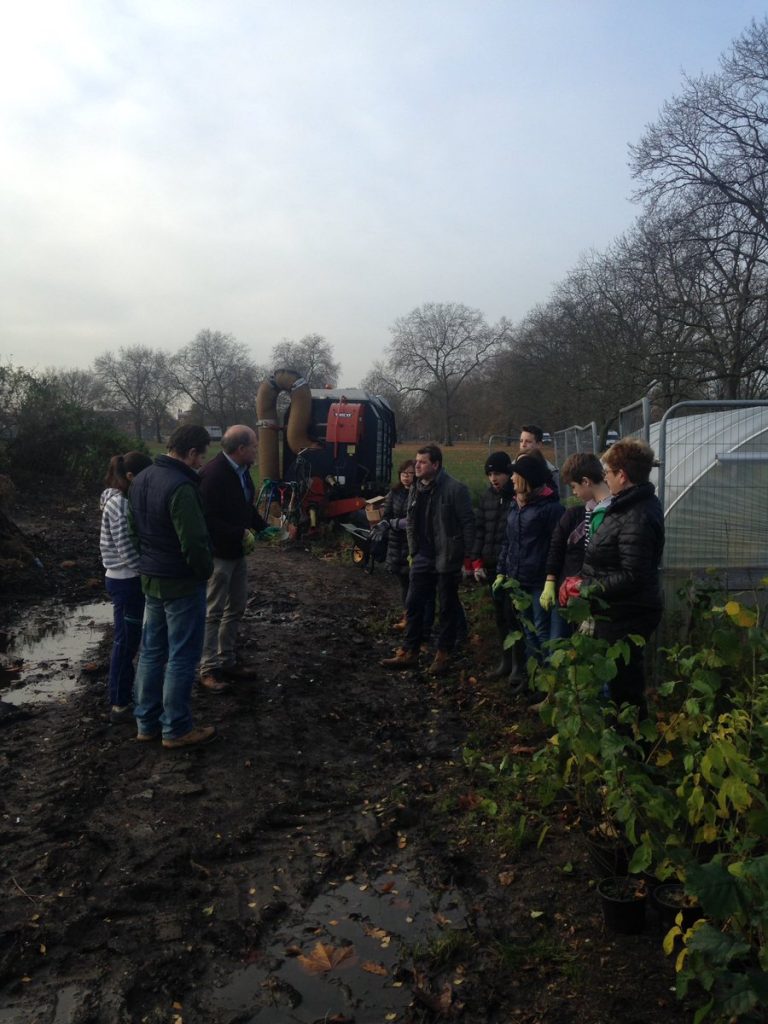 Meanwhile, Will and Conor (Howell&Harte) were cooking up some delicious pumpkin and kale soup. 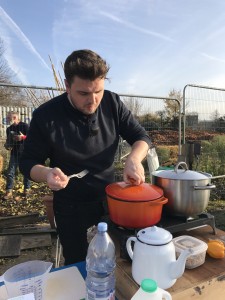 Will keeping a lid on it

And Nina and Tom were in the garden creating a scarecrow to feature in the Festive Light Ride on Sunday 11 December. 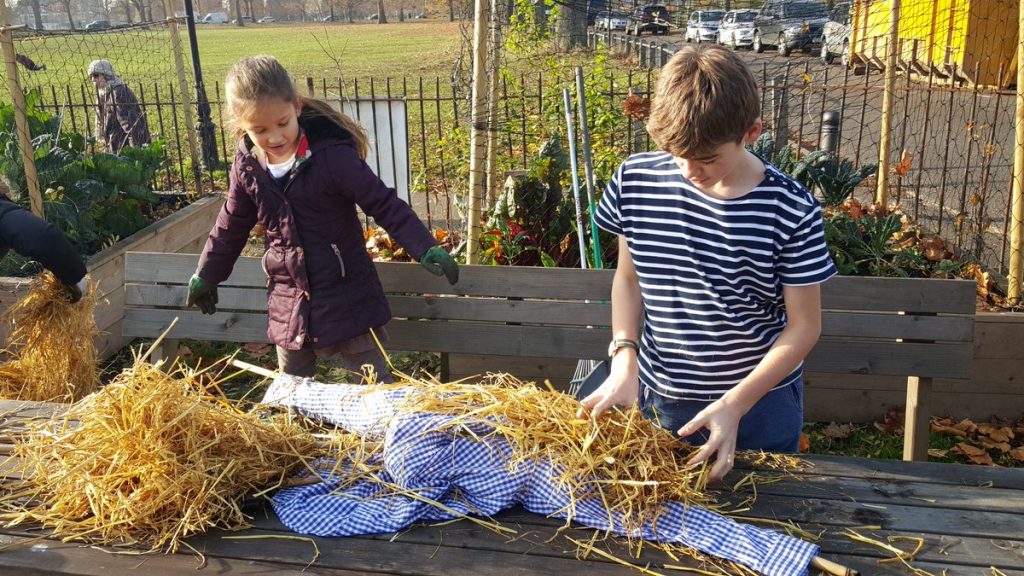 Where do you start?

We planted a hundred trees in about an hour and a half, leaving plenty of time to sit back, relax and enjoy the delicious soup and cakes people had brought to share – especially Sue’s pumpkin bread, still warm from the oven! 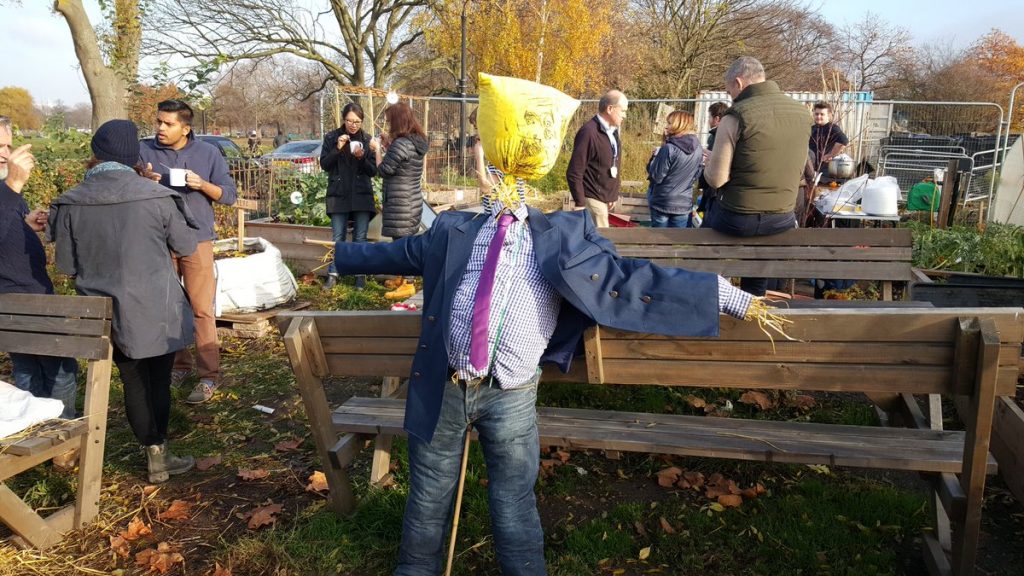 Mingling with the group

Unlike Wurzol Gummidge, Benny declined a ‘cup o’ tea an’ a slice o’ cake’ as he’s watching his waistline, but everyone else pitched and some came back for seconds. 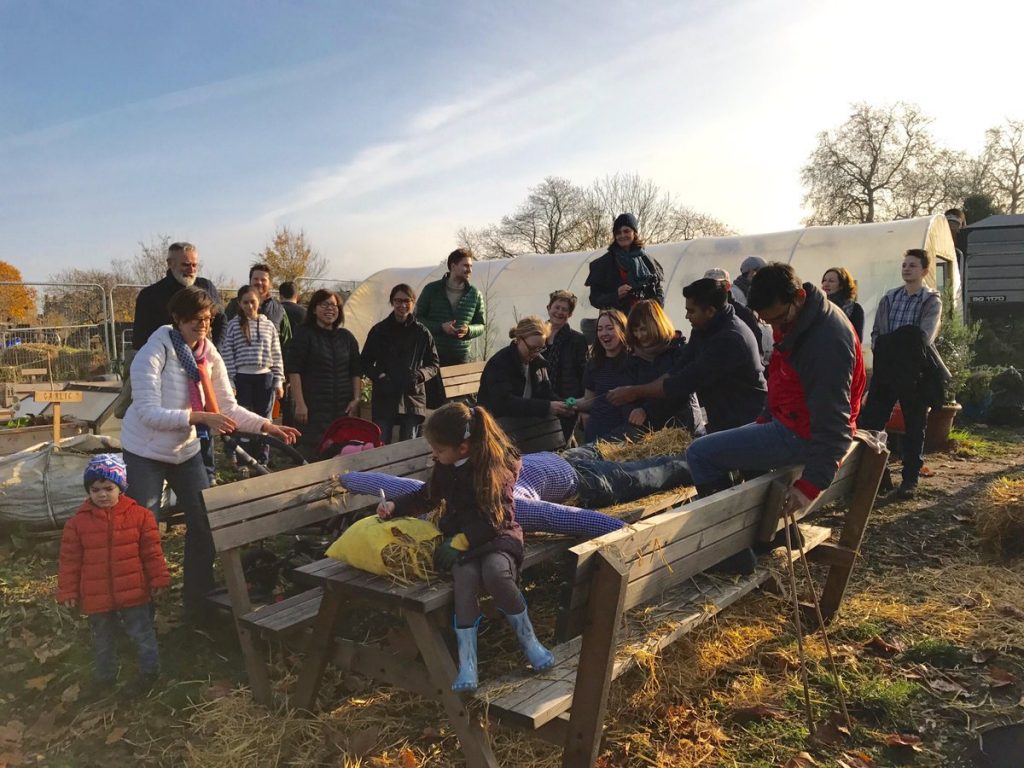 Our fantastic group of volunteers!

The morning was tinged with a little sadness, however, as it was Amrit’s last day with us because heading to Aberdeen with his work. He has been one of our most dedicated and supportive members, and we will really miss him… But he has promised to visit soon! 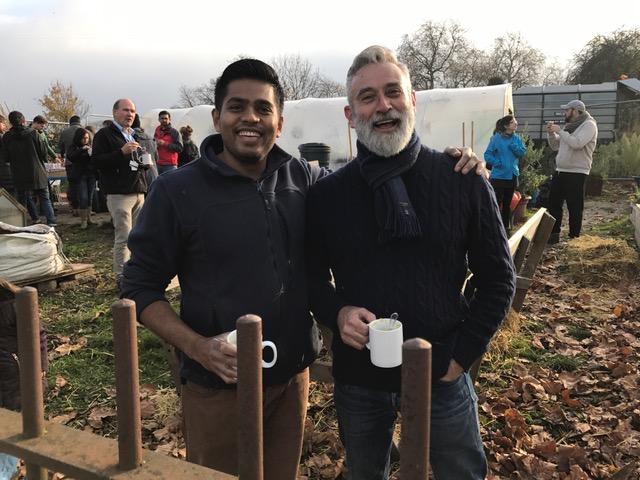