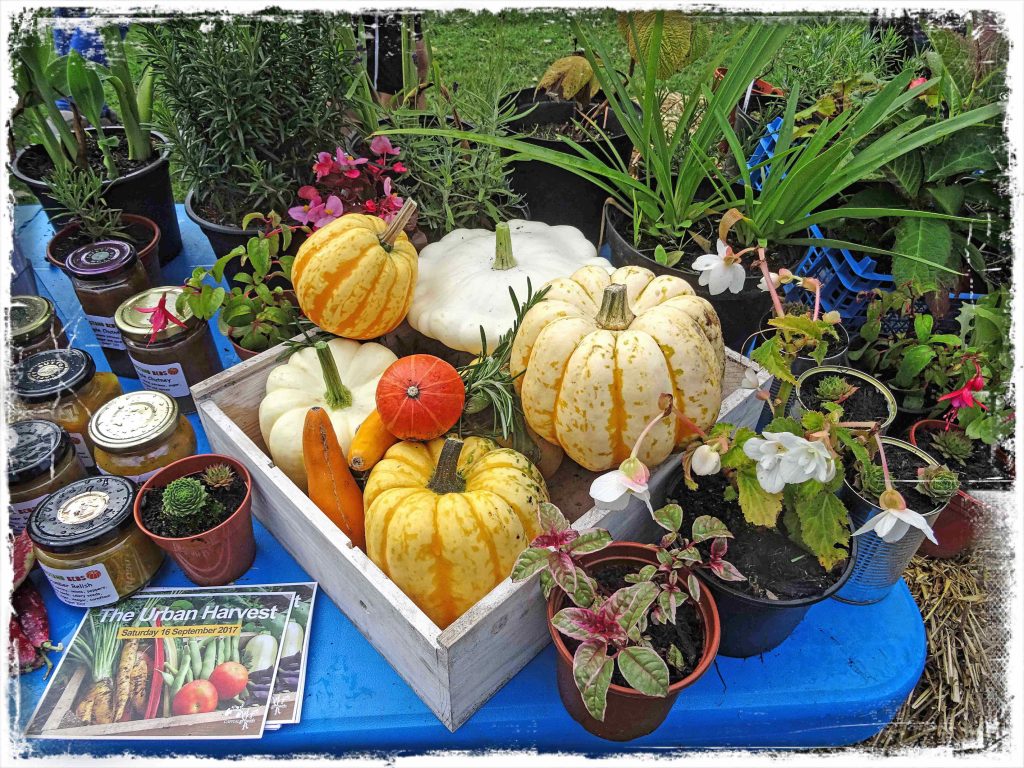 It’s been a funny old summer with temperatures reaching the highest we’ve known in June since the heatwave in 1976, then we were plunged into a cold snap. But despite the erratic weather we’ve grown an amazing amount of produce in our beds on the Common this summer, something well worth celebrating. And that’s just what we did on Saturday 16 September with our fourth annual Autumn Feast, which was also part of Capital Growth’s Urban Harvest 2017.

Everyone gathered at 10am to talk through the plan of action and the first job of the day was to get our produce table set up outside the gate as Capital Growth were going to match fund any donations up to £50. 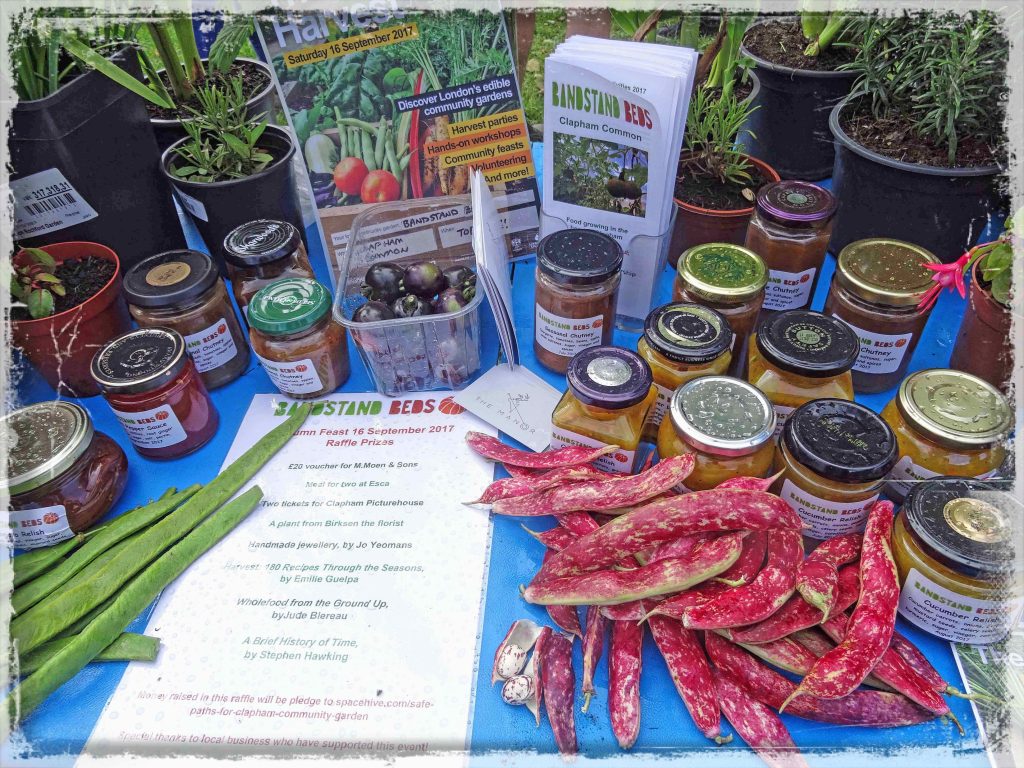 A fine array of home-grown produce from pickles to pumpkins!

Meanwhile, Will and Conor were cooking in our container kitchen, Eileen was setting up the table with desserts and Tom helped Dean, head chef from The Manor, with some food prepping. 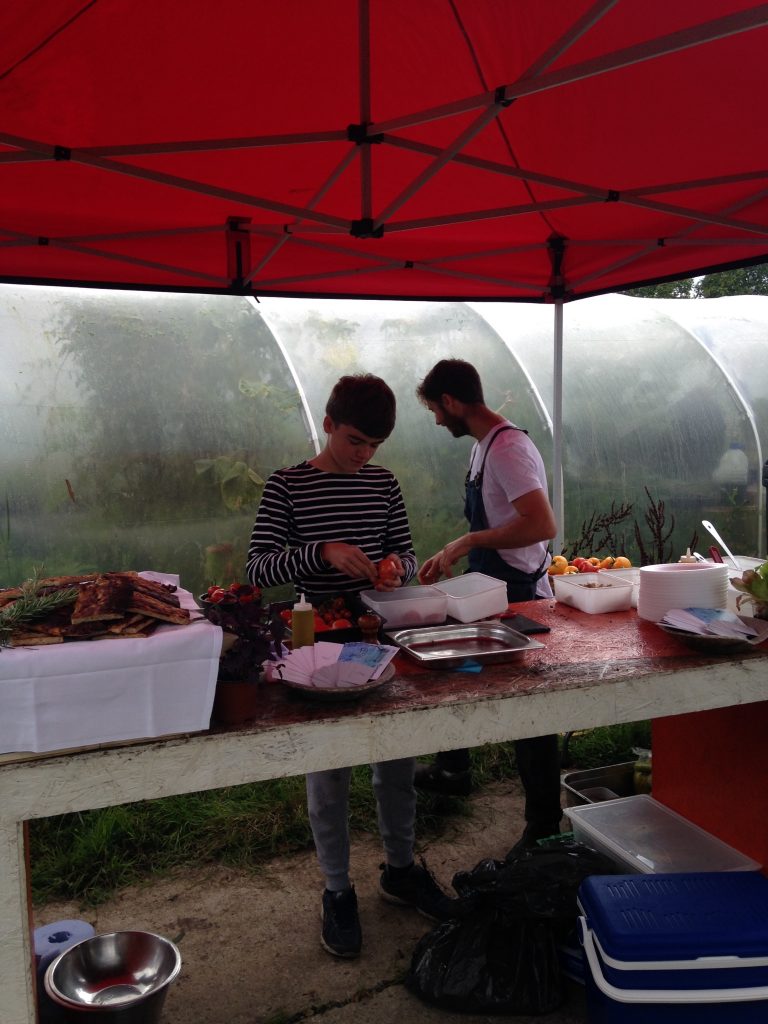 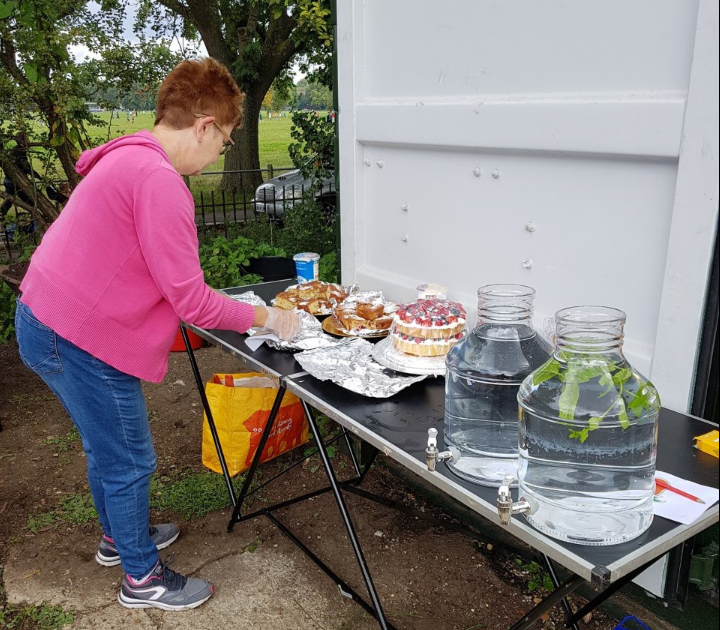 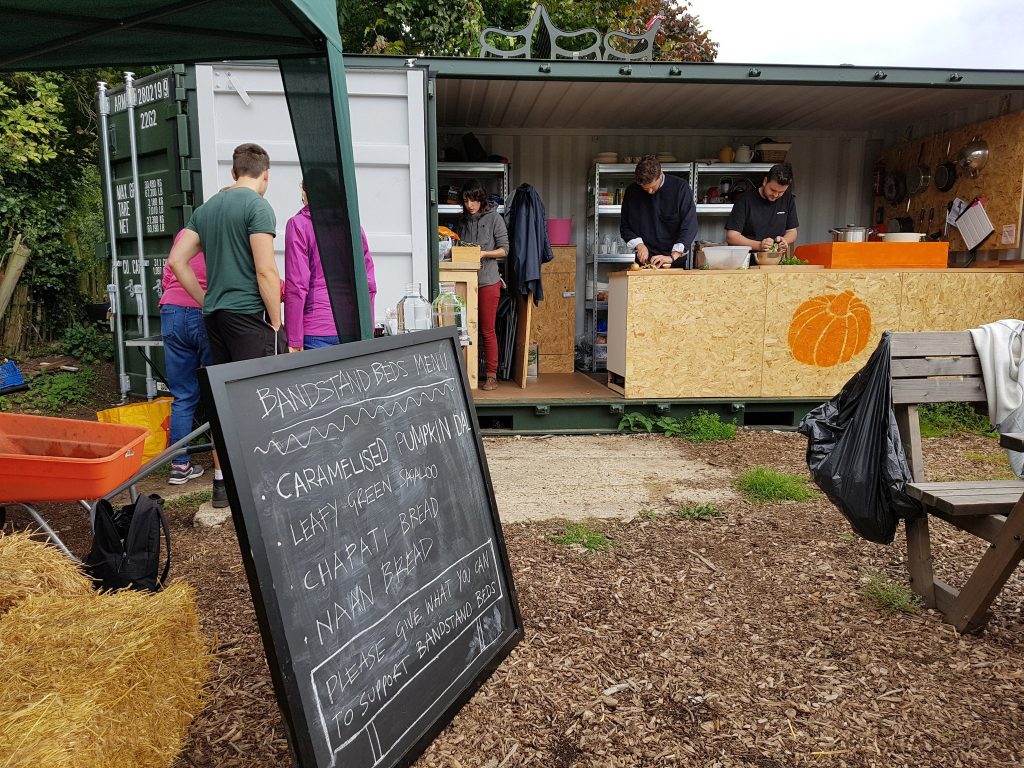 From midday, despite a sudden downpour, we had a steady flow of visitors to our garden enjoying the delicious food on offer. As well as the sumptuous dishes shown on Will and Conor’s menu board, there was Flat bread, kale & goat’s curd pesto, Ivy house curd, tomatoes & olive, Summer squash & toasted seeds and Burnt cavolo nero, sprouted lentils & celery served up by Dean, with help from Olivia. Some might say food to die for. And the foodies among us thought they had – and gone to heaven! 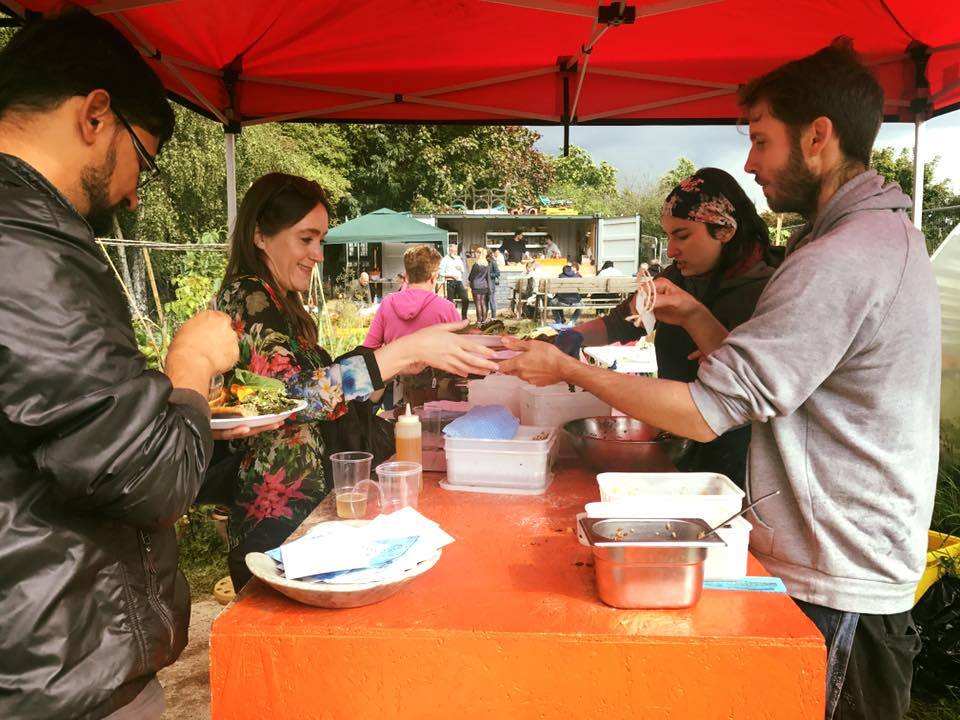 Compliments to all the chefs!

But there was more to our feast than food. Dr Bike had joined us to carry out some cycle maintenance and the local police were on hand to security mark bikes. 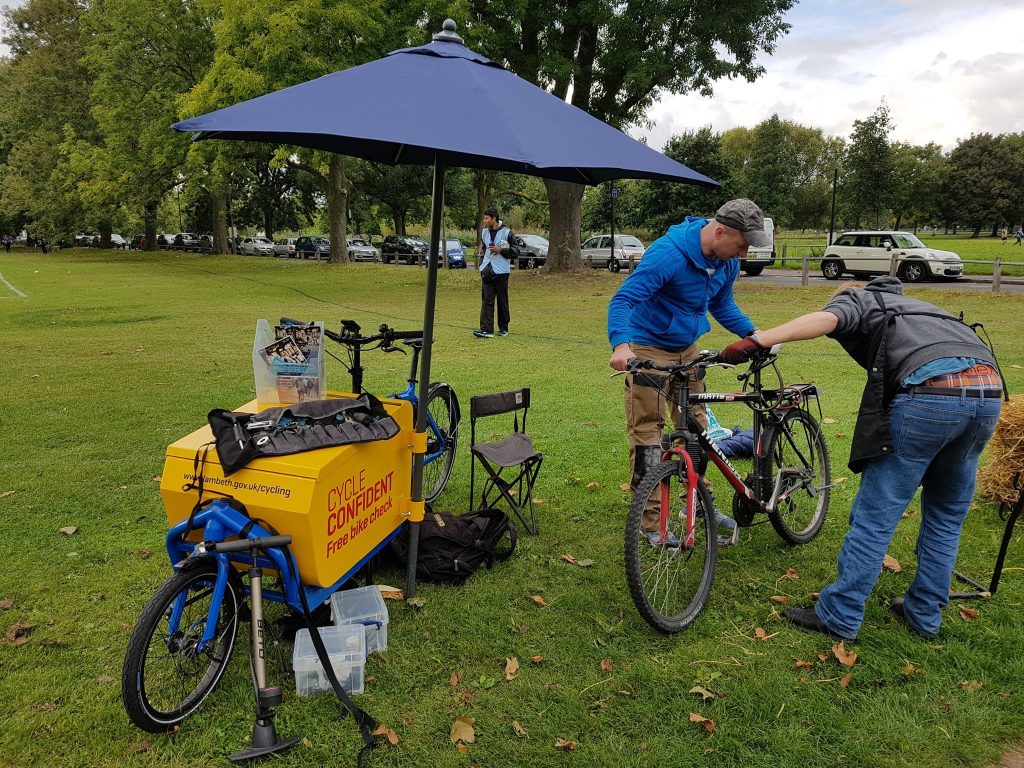 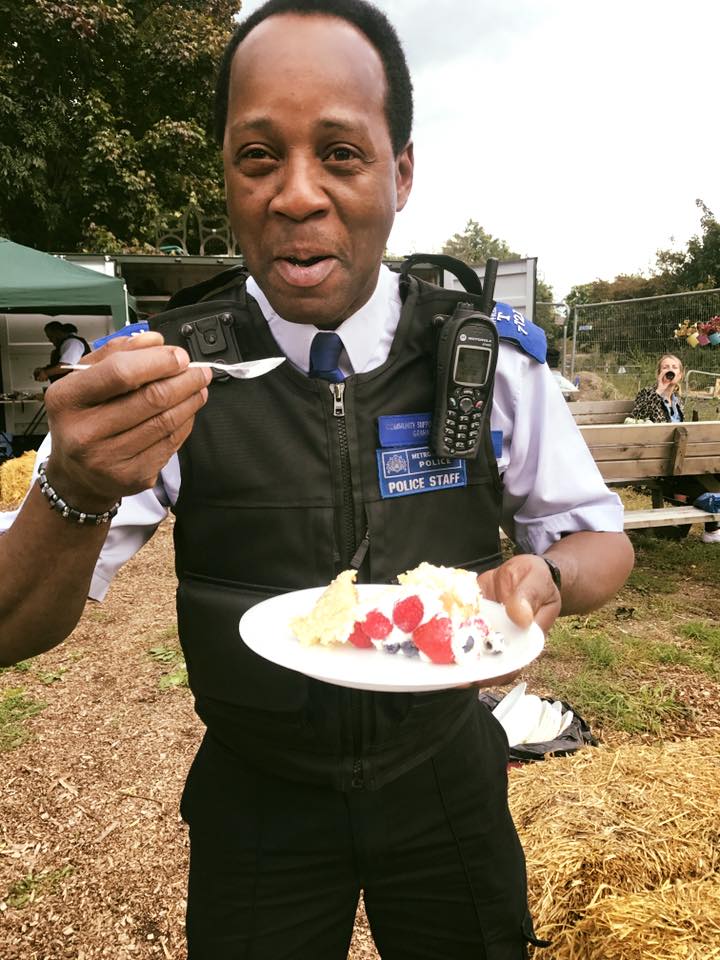 Copping a slice of cake !

Later in the afternoon we were joined by Bingo, a new member of Bandstand Beds. A horticultural creation by Mr David from The Spinney, Nina and Dr Iain Boulton. 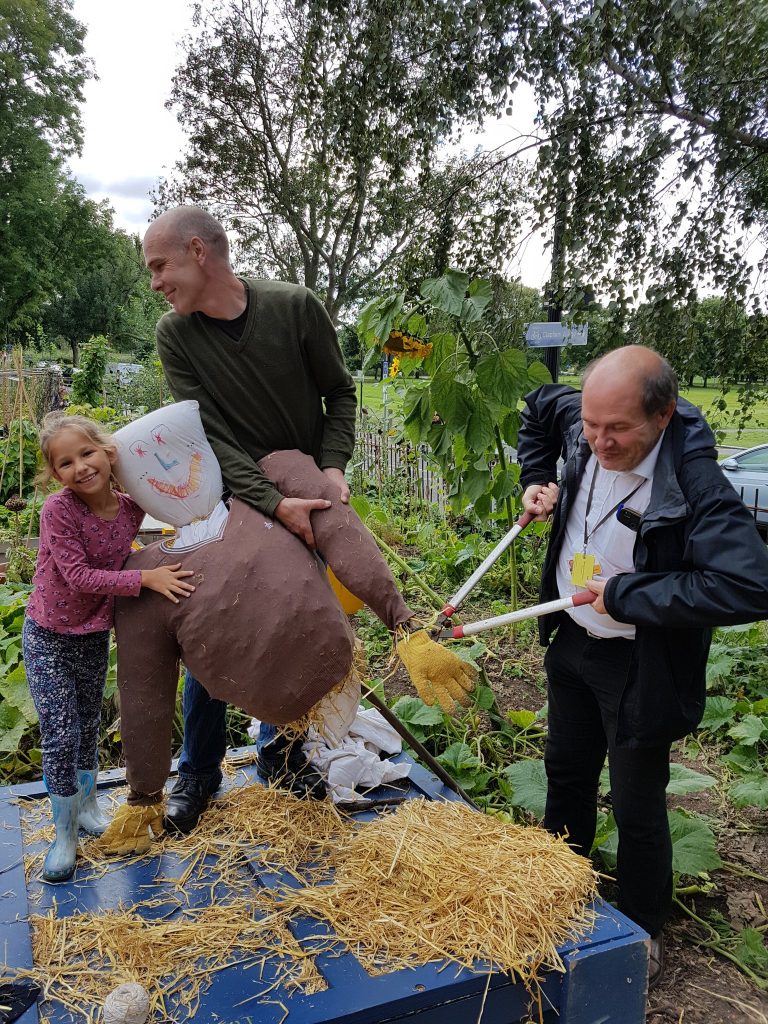 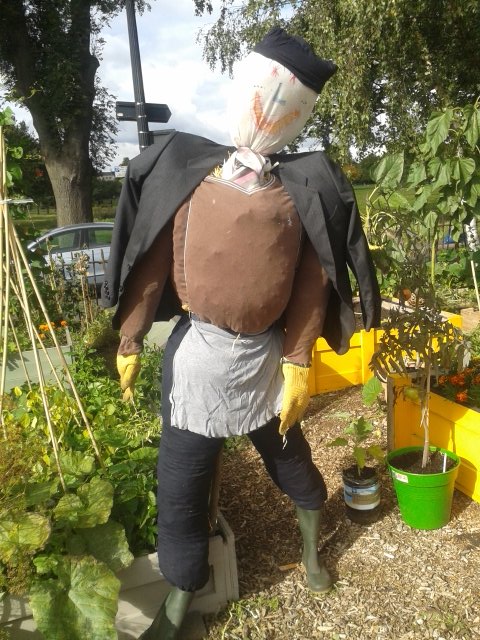 The afternoon was rounded off with our raffle which had some fab prizes donated by local businesses, including a £20 voucher from M.Moen & Sons, a meal for two at Esca restaurant, two tickets for Clapham Picturehouse and a plant from Birksen the florist.

All in all it was a fantastic fun-filled afternoon. A feast fit for the Lord of the Manor! And from the money raised we have pledged £500 to our Spacehive crowdfunding for safer pathways for our community garden.

We are now planning a launch event for Saturday 28 October 2017 to celebrate the installation of the new pathways.

If you would like to make a donation to our crowdfunding project you can do so by clicking this link to Spacehive.